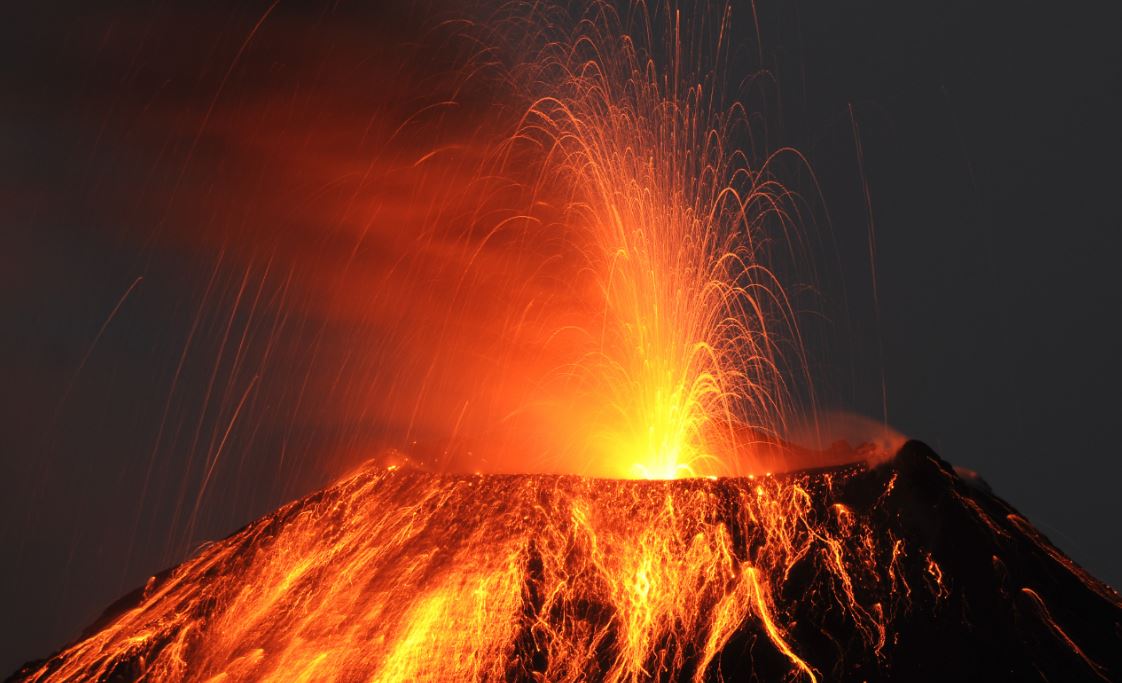 Volcanoes can be downright terrifying. As we’ve seen in film and television, cascading flows of molten magma can make the bravest of people appear akin to small children. Of course, these acts of Mother Nature are occasionally sensationalized a bit through various forms of media. Mass explosions don’t occur on an hourly basis — nor are cataclysmic events a common occurrence. With that said, there are a number of dormant and active volcanoes currently on Earth. We’ll look specifically at the five most dangerous volcanoes currently in existence.

Though the Tatun Volcano Group doesn’t automatically register as a ‘hot-spot’ for perceived volcanic activity, it remains an exceptionally dangerous place. This cluster includes 20 andesitic volcanoes (volcanoes made up primarily of igneous rock). There have been reports suggesting that magma is found approximately 20 kilometers underneath the grouping of volcanoes. Scarily enough, the Tatun Volcano Group sits only 13 miles from Taipei — a densely-packed city of 2.7 million. Furthering the potential danger, nearly 7 million people live within 20 miles of this cluster. One eruption could become immensely damaging to both infrastructure and innocent lives.

Vesuvius is the most famed volcano dating back to its demolishing of Pompeii (among other establishments). Though this eruption occurred in AD 79, the most recent one occurred in 1944 — a mere 74 years ago. Located in Parco Nazionale del Vesuvio, Mount Vesuvius sits a stone’s throw from Naples… and its city population of nearly 4.5 million. With the amount of settlements and homes being built on the footsteps of the mountain, six million people could be endangered by a theoretical explosion. It remains as the only volcano on mainland Europe to have seen any volcanic activity in the last 100 years.

Nestled right between Lake Ilopango and capital San Salvador, this El Salvadorian caldera is frighteningly perilous. Ilopango previously had an eruption which effectively wiped out a plethora of ancient Mayan cities. In the present time, the capital city of San Salvador — and its population of nearly 6.4 million — sit adjacent to the lake. Not only could an eruption cause structural damage, it could immensely impact air quality with polluting forces of ash and smoke. Interestingly enough, the last eruption at Ilopango took place in 1880.

The Michoacán–Guanajuato volcanic field appears shaped like a cone. There have been numerous small eruptions since developing in the Earth. It hasn’t produced a major explosion (like Vesuvius), but the frequency of these eruptions lends to the idea that a major one could be coming down the line. From a population standpoint, nearly six million people live within a few miles of this volcanic field. In other words, a major eruption could cause unprecedented damage.

About 40 minutes west of Vesuvius sits Campi Flegrei. Much of the area sits underwater — though this caldera is both volatile and active. There’s potential for this volcanic area to do a lot of damage. It may not be the single-biggest eruption when looking at other notable volcanoes. However, its location is intertwined with over six million people. The sheer damage could (in theory) be magnified by circumstance rather than potency. Historically speaking, the last eruption occurred in 1538.