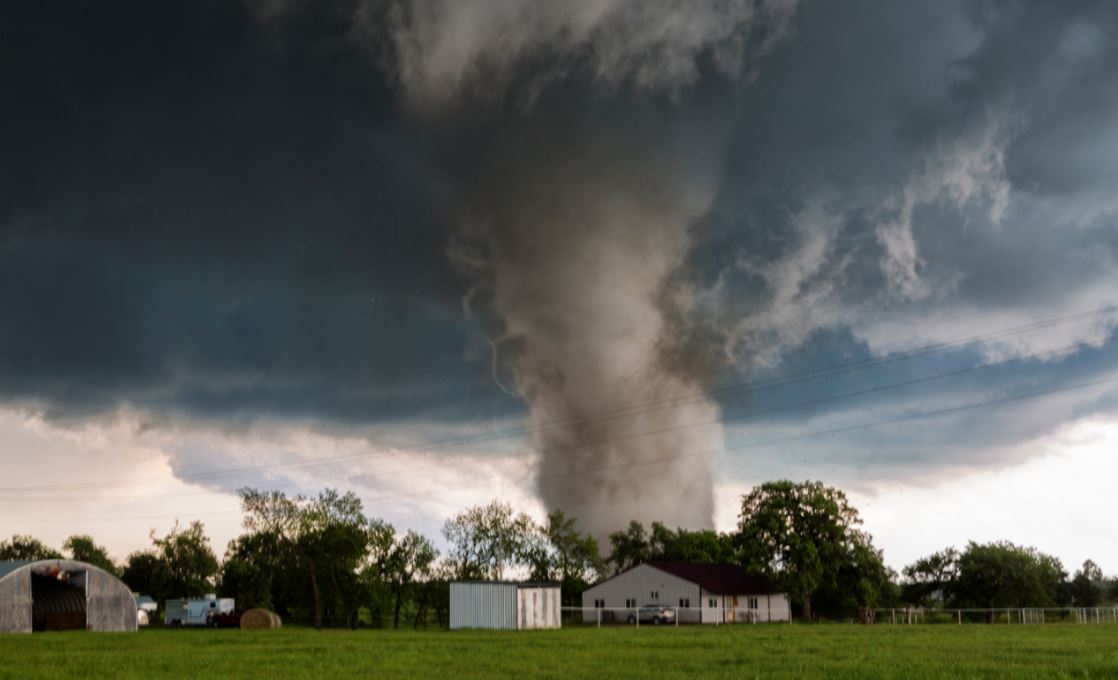 Whether it’s grainy YouTube footage, photos of past carnage, or your favorite Helen Hunt movie (Twister), tornadoes are categorized as terrifying natural occurrences. These rapid cyclones of air have been highly detrimental to families and communities alike. Aside from the tangible damage done to infrastructure, many have sadly lost their lives simply based upon being in the direct path of one of these frightening funnels. North America in general has had its fair share of deadly tornadoes over hundreds of years. Tornado Alley in particular is a region within the United States (Midwest) specifically known for frequent activity.

This piece will look at the 5 worst tornadoes in the history of the United States:

Nestled right in the heartland of America, St. Louis has been no stranger to a multitude of tornadoes over the years. In 1927, an estimated four-minute onslaught caused what would be the equivalent to over $2 billion in infrastructural damage over a 12-mile region. There were 72 deaths and 550 injured natives reported from the event. At the time, St. Louis functioned as a beacon of inventiveness and wealth within the United States. This disastrous tornado ultimately impeded some of that progress.

Less than 10 years ago, the city of Tuscaloosa was rocked with a cluster of tornadoes. Over the date of April 27, 2011, an approximation of 200 tornadoes festered throughout the Southeast region of the United States. The path of the largest tornado spanned nearly 81 miles. In total, 65 people passed away, and 1,500 more were injured. This tornado caused roughly $2.2 billion in damages to Tuscaloosa. It forever will be marked as one of — if not the most cataclysmic tornado the country has seen to date.

The tornado in Joplin was highly impactful. A Category 5 tornado — reaching more than 200 miles-per-hour — ravaged this bustling metropolis. Horribly, 161 people passed away due to this tornado (the most deaths by a tornado in the United States since 1947). The monetary damage ($2.8 billion) also made it the second-most costly tornado in the history of the country. Gigantic vehicles were tossed in the air like confetti raining down to the ground. Entire homes, streets, and communities were obliterated in the virtual blink of an eye. This level of destruction was truly eye-opening for not only the state of Missouri, but for the rest of the country as well.

The evolution of technology has allowed for some of these cities to rebuild infrastructure in a relatively quick and efficient manner. However, in 1896, the city of St. Louis was yet again slammed by a major tornado. From a cost standpoint, this tornado accrued what would amount to be nearly $2.6 billion in damages. Buildings were smashed into little bits, roads became unrecognizable and bridges crumbled like a cookie being dunked into milk. Sadly, this tornado resulted in 255 fatalities and over 1,000 injuries.

From a numbers standpoint, this twister takes the top spot for the worst tornado in the history of the United States. On the day of March 18, 1925, seven states (Illinois, Kansas, Alabama, Missouri, Indiana, Kentucky, Tennessee) were beset by the combination of nine different tornadoes. The triumvirate of Indiana, Missouri, and Illinois in particular suffered considerable damage. The Tri-State tornado caused roughly $1.46 billion in damage. Additionally, 695 people lost their lives on this day (with more than 2,000 individuals also suffering injuries). Simply put, this was a massively harrowing day in the vast history of the United States.